Pope Sixtus IV was responsible for the creation of the Musei Capitolini's nucleus when in 1471 he donated to the Roman People some bronze statues that had previously been housed in the Lateran (the She-Wolf, the Spinarius, the Camillus and the colossal head of Constantine, with hand and globe).

The return to the city of some traces of Rome's past greatness was made even more important by their collocation on the Capitoline Hill, the centre of ancient Roman religious life and seat of the civilian magistrature from the Middle Ages onwards, after a period of long decline.

The sculptures had intitially been arranged on the external façade and courtyard of the Palazzo dei Conservatori. The originary nucleus shortly became enriched by the subsequent acquisition of finds from excavations taking place in the city, all of which were closely linked to the history of ancient Rome.

During the middle of the 16th Century a number of important pieces of sculpture were set out on the Capitoline Hill (including the gilded bronze statue of Hercules from the Boarius Forum, the marble fragments of the acrolith of Constantine from the Basilica of Maxentium, the three relief panels showing the works of Marcus Aurelius, the so-called  Capitoline Brutus, and important inscriptions (including the Capitoline Fasti, discovered in the Roman Forum).

The two colossal statues of the Tiber and the Nile, currently outside the Palazzo Senatorio, were moved at about the same time to Palazzo del Quirinale, while the equestrian statue of Marcus Aurelius was brought form the Lateran in 1538 on the wishes of Pope Paul III.

END_OF_DOCUMENT_TOKEN_TO_BE_REPLACED 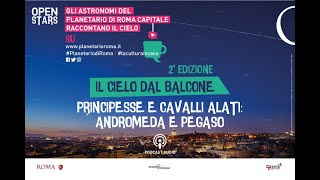