Part of the main collections is exhibited in the four large glass cabinets in the room.
The exhibition follows the chronological order of the various stages of the creation of the Capitoline Collection, from its beginnings to the latest acquisitions.
The documentation concerning the various phases of Roman coinage is in particular considerable, with exhibits from the urban area and also from important private collections.
The glyptics and the jewellery exhibited are ancient finds, coming from digs or reused in modern jewellery and created by the Castellani jewellers.
Historical medals as well as those struck every year by the Municipality of Rome are also exhibited.

The Capitoline Coin Cabinet, which was established in 1872, includes collections of coins, medals, glyptics and jewellery belonging to the Municipality.

The establishment of the numismatic section of the Capitoline Museums is linked to Ludovico Stanzani’s bequest to the city of Rome, consisting of 9251 coins (mostly numismatic collections issued by mints in Central Europe and in Asia Minor), together with a large number of precious stones.

Augusto Castellani, a member of the famous Roman family of goldsmiths who was appointed director of the Capitoline Museums since 1873, generously donated 9074 coins from the area around Rome and proposed setting up a new section of the museum.

Shortly after, it was enriched by numerous specimens of antique coins (approximately 40,000 pieces) and engraved stones discovered underground in Rome, which had become the capital of Italy and was, therefore, undergoing major urban transformation.

The Municipal Archaeological Commission, which was established to protect unearthed antique treasures and provide for new acquisitions, subsequently extended the collection with 456 Roman and Byzantine gold coins previously belonging to the marquis Giampietro Campana, who had widened, in the course of the 19th Century, a previous collection started by the Albani family.

Giulio Bolognese Bignami’s coin cabinet, which consisted of more than 2366 items (predominantly Roman Republican coins), the seals and the collection of medals of the Orsini family, as well as relatively small and individual finds donated and offered the City of Rome, were added in rapid succession.

Following the demolition of certain districts and excavations carried out by the Governorship, the Capitoline Coin Cabinet increased its holdings with the discovery of many treasures.
Among the most significant are:

- The closest of the Torre delle Milizie, found in 1937 and consisting of 1371 specimens (mostly medieval coins coming from Provence);
- the treasure discovered in 1938 on the Capitol Square, consisting of 77 silver Roman Republican of the first series, and Celtic and Magna Graecia specimens;
- the hoard of Republicans denarii from the sacred area of Largo Argentina;
- the treasure o Via Alessandrina, which became part of the coin cabinet in 1942, consisting of 17 kilos of gold, including coins of Greek, Roman, Byzantine, medieval and modern coins and ancient and modern jewellery, part of which came from the Boncompagni-Ludovisi collection, found in 1933 during the demolition of the houses carried out for the redevelopment of Via dei Fori Imperiali. It had been hidden in a compartment in the wall by the antiquarian Francesco Martinetti, who died in Rome in 1895.

Finally, after the Second World War, the Coin Cabinet received donations from the “commendatore” Eugenio Di Castro (Republican Asses and madonnine from Bologna) and from the Baron Jordanov.

More recent acquisitions consist of purchase of rare series, like the two silver medals of Benedict XIV (1749) and Clement XIII (1765), dedicated to the history of the Capitoline collections, or the grosso and mezzo grosso of Brancaleone Andalò, and finally of the coinage issued annually by the Italian State Mint on behalf of the Municipality of Rome for the birthday of the city on April 21.

END_OF_DOCUMENT_TOKEN_TO_BE_REPLACED 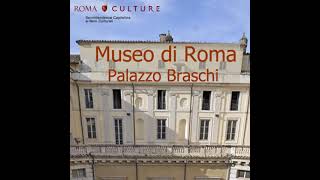